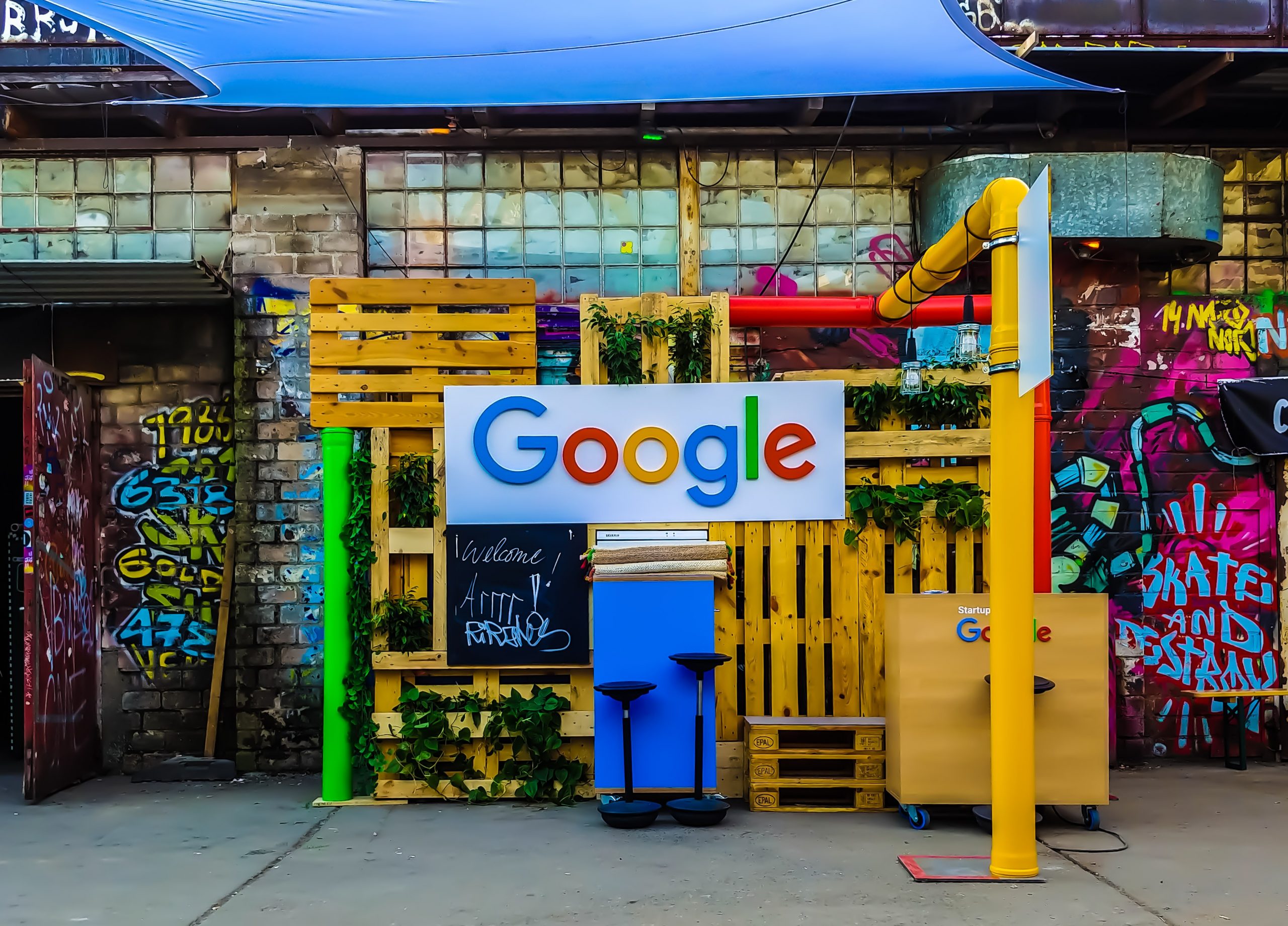 Google’s Display Network (GDN) is one of the most misunderstood paid promotional methods out there. So many marketers don’t understand how to make it work correctly, so they assume it’s not worth it, or they end up losing money and think it’s junk.

But the fact is, used correctly, GDN can be one of the most effective and profitable traffic sources out there.

GDN reaches approximately 90% of U.S. internet traffic each day! Do you really want to ignore that many people?

In this guide, you’re going to learn the secrets of harnessing Google Display Network and getting lots of traffic—quality traffic—at a price so low you’re going to be absolutely shocked!

So let’s get started.

The most obvious reason to use GDN is that it reaches so many people. Google claims you can reach 90% of U.S. internet users on any given day with their Display Network. Ninety percent!

Of course, reaching that many people is useless if you’re not targeting correctly. That’s one of the things we are going to look at closely in this guide—how to correctly target the right audiences for your campaign.

Another reason to use GDN is that it’s so confusing to most people. You heard that right. That’s actually a good thing because it keeps prices down. Facebook, Pinterest, AdWords… those are all pretty simple overall. But GDN is so confusing to the uninitiated that they tend to avoid it completely, and less competition means lower prices.

Finally, they can be extremely powerful if used correctly. They can get much more attention than ads in search, and you’re about to learn exactly how to make GDN work for you!

There are a number of tricks you can use to get the most out of GDN. Let’s start by talking about managed placements, which is a really good way to get control over where your ads are placed.

Managed placements are the only way to give you specific control over placements, and it lets you choose sites you are relatively certain are relevant to your content, rather than using interests or topic targeting, which means Google will guess which sites are relevant.

There are two good ways to find sites to target. The first is to simply search Google for sites. The other is to check your Google Analytics to find the top referrals that send the most traffic to your site currently. This will give you a good idea of the types of sites that are already sending you traffic, and you can target those sites to get even more traffic.

Keep your managed placements in a separate campaign so you can judge their effectiveness.

Use Every Ad Format

A lot of people think they can just stick to one or two of the most popular ad formats, but that’s a bad idea because it could cause you to miss out on sites that only accept a limited number of formats.

For example, some sites only accept 300×250. Or some might accept only 728×90. If you’re missing that ad format, you’ll miss out on that site’s traffic entirely.

I know it can be expensive to have ads created in all those formats, but it’s worth it to ensure you get the widest reach possible.

Plus, you may discover that one size significantly outperforms the rest, and that might have been a format you would have skipped if you only stuck to a handful of formats.

Don’t forget about text ads, either. While it’s true that in most cases image ads convert much better than text, there are some sites that support text ads only. You don’t want to miss out on that traffic, so preparing some text ads is important.

Remember, as many as 70% of ads on the display network are plain text ads, despite the lower CTR (click-thru rate).

I understand it can be a bit more time-consuming to create a large number of campaigns. It’s much easier to just lump everything into one. However, this is a huge mistake.

When you lump everything into one campaign, you can’t fully see details you need to judge whether a particular ad is performing well. By keeping each variation separate, you will be able to more easily tell exactly which ones are doing well and which ones are not.

You don’t necessarily have to keep every single image in a separate campaign, especially if you’re running a large number of campaigns already, but you DO want to keep separate campaigns for things such as placements, groups of keywords, topics, interests, etc. This will help you decide which ones to keep using, and which ones are not effective and just cost you money.

I’ll preface this by saying that some people have seen success using Display Select, so this isn’t completely set in stone, however even Google has admitted, “If you currently run Search and Display campaigns separately, we recommend you keep them separate for greater bidding, budgeting, and targeting flexibility.”

Unfortunately, this doesn’t work out well in most cases, because display usually has a better CTR and lower prices. If you let Google make the choice for you, there’s a good chance you’ll be missing a lot of potential traffic from the display, and getting a lot of expensive clicks from search.

Mobile games might be a good option for you if you are advertising something that appeals to mobile gamers, but in general, it’s a good idea to disable displaying your ads in mobile games.

In fact, not doing this is outright dangerous to your budget.

There are a few reasons for this. One is simply because ads in mobile games typically don’t convert. When someone is playing a game or using an app, an advertisement is usually seen as a bothersome intrusion that they want to close as quickly as possible.

It’s extremely difficult to convert these gamers into buyers.

But the other reason for this, and it’s a big one, is that a lot of times children play with their parents’ phones and may accidentally tap on ads, costing you money. This is quite common, especially in games that require a lot of rapid tapping when younger children are playing.

So, if you’re seeing a high number of clicks from mobile, you may be tempted to leave these channels enabled, but if you’re not getting many conversions, it may be because young children are clicking your ads, costing you money with no return.

Not only that, but it can skew your stats terribly and make you think your ads are ineffective, when in fact it could be excessive accidental clicks from within apps or games.

So, how do you exclude mobile apps from your advertisements, and ensure that your budget is being spent in the best way possible?

First of all, you should evaluate whether or not you have irrelevant mobile app placements in your existing advertising. If so, you can quickly eliminate those so that your ads no longer appear to those audiences. You can immediately exclude those specific mobile apps from your campaigns by clicking on the green “enabled” icon and choosing to exclude those individually.

However, if you wish to exclude ALL mobile apps from your advertisements (and again, I recommend doing so unless you are looking to specifically target these users with a competing app or game), you can do to be creating a Placement Exclusion for “adsensemobileapps.com”. This will immediately prevent your ads from appearing within mobile apps and games.

For a detailed, step-by-step instruction guide that will help ensure that you are essentially blocking all mobile apps from showing your ad, visit this website:

Perhaps the biggest trick to getting the most out of the GDN is to use remarketing. Remarketing is the easiest way to ensure you will see a good ROI with the display network (or just about any form of advertising that makes use of remarketing, to be honest.)

If you aren’t familiar with the term “remarketing”, I’ll explain a little bit about what it means. You’ve probably seen remarketing in action many times, but you might not have realized it at the time. Have you ever gone to a site like Amazon and looked at a particular item, and later went to another website and seen an ad for that exact item? No, it’s not some strange coincidence. It’s remarketing!

If someone visits your website and views a particular item, the odds are pretty good that they’re interested in that item. That’s why they were there in the first place. But maybe they decided not to buy at that time, for whatever reason. Maybe they wanted to do some comparison shopping first, or maybe they weren’t sure if the product was right for them, or maybe they just didn’t have the money at the time.

Remarketing will take that visitor and sort of cyber-stalk them around the internet, showing ads for the product they reviewed several times until they (maybe) decide to purchase it.

There are many benefits to using remarketing, such as:

In order to use remarketing, you’ll have to install a piece of code onto your site that will track the user on your own site, and then trigger ads on other websites.

Learn more about using remarketing on the display network here:

Google Display Network does take a bit of getting used to, which is one of the reasons it’s not used as much as other advertising methods. This keeps prices down, which is great for those of us willing to take the time to learn about the best ways to use it.

You can get a great ROI with the Display Network if you use tactics such as remarketing and are careful not to target too many different keywords, topics, etc. with a single campaign.

Hopefully, you’ve learned a lot from this guide, and you’re ready to take the plunge into the GDN. You may have to test different methods and ad styles for a while, but eventually, you will be able to find a good match for your site, and you’ll see great returns.

I hope you’ll take this information and use it, and I hope it helps you take your business to the next level. 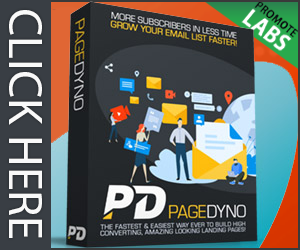 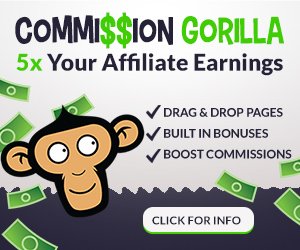 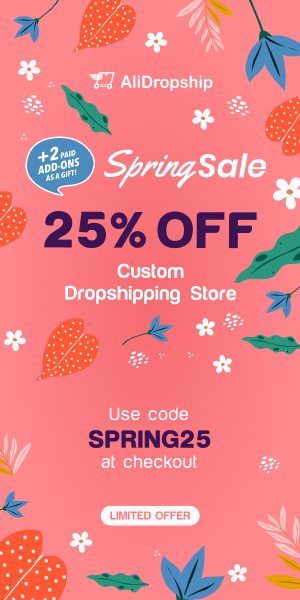 ProfitQuickLists helping you to gain direction in Business and Life!

Lost your password? Please enter your username or email address. You will receive a link to create a new password via email.